It’s all in the family for some of these actors and you probably had no idea about these black actors with famous parents.

The reason you don’t know they come from a rich lineage is not that they hide their legacy but they are busy making a name for themselves. They understand that Hollywood is very much a family business but they are still doing it without name-dropping their famous parental(s) in every audition room or on every red carpet.

But we still managed to find the 10 black actors with famous parents you probably didn’t know about below.

Sudano is best known for her role as Vanessa Scott on My Wife and Kids, and TV series Taken. What you may not have known is she is the daughter of superstar “Disco Queen” Grammy Award-winning singer Donna Summer and songwriter Bruce Sudano.

Kravitz is a rock star and actor who has starred in Precious, The Hunger Games, The Butler, and more. What you may not know is his parents are famous. His mother is none other than the late actress Roxie Roker and NBC television news producer Sy Kravitz. His mother is best known her role on The Jeffersons. He is also the second cousin of television weather presenter Al Roker.

Actress Jones starred in Blindspotting, Monsters and Men, and the broadway musical Hamilton. She is also the daughter of Ron Cephas Jones. He’s starred in many movies and TV shows over the years. Most recently he’s starred in Dolemite is my Name and can be currently seen in This is Us. 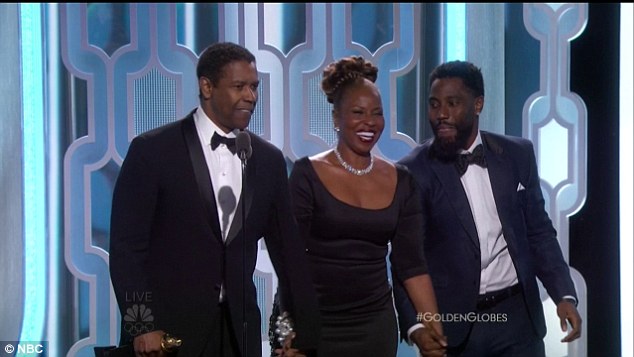 Not so much a secret anymore but for a while, many didn’t know that John David Washington, who made his debut on HBO’s Ballers is the son of Denzel and Pauletta Washington. We don’t need to go through Denzel’s filmography but John David’s include BlackKklansman and his upcoming film Tenet and Born to Be Murdered.

READ: Decade of TV: 31 of the Best TV Shows For The Culture That Premiered Over the Past 10 Years

Fox is the daughter of former NBA and actor Rick Fox and actress and singer Vanessa Williams. Sasha, who is an actress herself has starred in Superdate and Justice for All with Judge Cristina Perez. Her most recent role, One Fine Christmas, was a holiday film she starred in alongside her father, Rick.

The How to Get Away with Murder star is the son of William Russell. He is known as the very first Doctor Who companion, Ian Chesterton.

The actress who has starred in Black Nativity and as Faith Evans in both Unsolved: The Murders of Tupac and the Notorious B.I.G. and All Eyez on Me is the daughter of the fabulous Lynn Whitfield. Whitfield can currently be seen in Greenleaf on OWN.

Mainly a Broadway actress, Rashad is the daughter of legendary actress Phylicia Rashad and NBA legend Ahmad Rashad. You can currently see Condola starring in the HBO series Billions. Her mother, Phylicia, can be seen next in the films Soul, A Fall From Grace, and Jingle Jangle.

READ: 5 Actors Who Should’ve Passed on Their Controversial Roles

Frank Stephenson Dillane is best known for his role as Nick Clark on Fear the Walking Dead and playing Tom Riddle in the film Harry Potter and the Half-Blood Prince. He’s also the son of Game of Thrones star Stephen Dillane Aka Stannis Baratheon and Naomi Wirthner.

Given her last name, you probably already know she has a famous family. She’s the daughter of Carvin and Deborah Kerr Winans, who are apart of the famous musical group, The Winans. Deborah is making a name for herself in acting as she’s starred as her aunt Cece Winans in the Lifetime biopic Whitney and can currently be seen in Greenleaf.